The previous post about fish..ah, good time/memory! No more DIY stuff though, ugly as hell inside the aquarium x_x

Alhamdulillah, currently working part time at the Selangor Health Department. Part time as in, not a government servant, get paid by how many time you go to work at the lowest possible amount of money ever.

And I'm in my 5th semester of part time degree. Can't wait for the final semester. Getting a job without a degree is a pain the ass.

Maybe I'll be more committed to this blog now?
Stick by ZuwL89 at 10:23 pm No comments:

The power of the force! Now I know how people can be easily influenced or defeated in Star Wars...the force is such a strong stuff! Even stronger if it come from your own mother! -___-"

She was saying that I should probably start the 4 feet aquarium faster, in fear of the canister filter will ruin if being left off for so long. Although there are some truth in her words, but I know she can't wait for her favourite fish, the Angelfish! Previously, had one Angelfish, but it was shy, maybe due to I'm a noob fish keeper or the aquarium environment itself. But it died after almost one year staying with us.

So, today I've filled up the 4 feet aquarium with water and begin the cycling process..it would take weeks for the eheim canister to be cycled but I'll wait for about a week before adding the sand (still debating what kind of sand or should I use soil) and the another week before adding the fish. Alhamdulillah, I have 2 DIY filter running in current aquarium so I would be able to transfer them and jump start my aquarium! Yay!!!!

Ok, my plan for the aquarium would be like this :
-For substrate, I think it would be the silica sand
-For the plants, I think I would put Echinodorus quadricostatus, Echinodorus amazonicus,Anubias barteri, and Java Fern. Do google those terms if you want further information.
-For the fish, I have two situation.
If I get two Angelfish - 7 Congo Tetra, A Dwarf Gourami, 6 Corydoras, and a German Blue Ram
If I get four Angelfish - 5 Rainbow Fish, 6 Corydoras, 15 Rummynose Tetra
However, these setup is not final..but I do know that I will add the Angelfish last.

I would love to keep more, but the space will be limited, unless I get a 8 feet aquarium! Hahaha 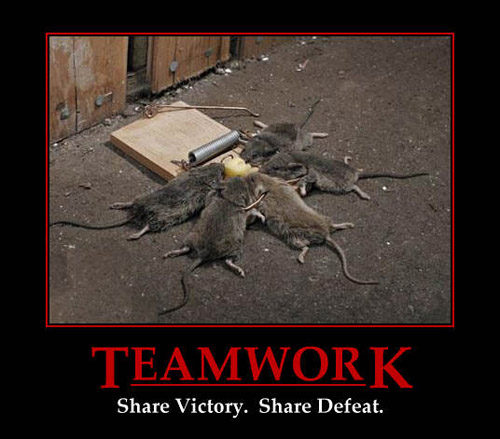 So, I've added another 10 Tiger Barb to the existing school! The aquarium now really look alive with colours and activities! I love it!

As I mention earlier, I wanted to add the albino Tiger Barb. At the fish store I also came across the Jade Tiger Barb which I thought look beautiful with the other Tiger Barb!

I couldn't find picture for the Jade Tiger Barb. If I manage to capture the picture of them in my aquarium, I'll post it here for sure! The Jade Tiger Barb colour look like the Green Tiger Barb but the colour is so so light, totally different then the others.

Alhamdulillah, the look amazing in that aquarium. I have now 3 DIY filter in that aquarium powered by two air pump. Of course, two of it are for the bigger aquarium I am yet to setup, just cultivating the good bacteria so that I can jump start the big aquarium without going to the cycling process. Hehe..
Stick by ZuwL89 at 4:45 pm No comments:

So, as the title, I have made a very simple filter for the aquarium! First, see the picture below. 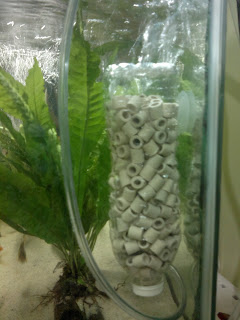 Well, the filter consist of a plastic bottle (preferrably one with wide mouth), ceramic media, airline and air pump. Simple right? And it is easy to do it too! I came across a video of doing this at Youtube and think what a great idea! This filter is very convenient during power outage, you just have to switch from electrical air pump to a battery powered air pump. As the person in the video (I'll post below) said, this could save your fish life! 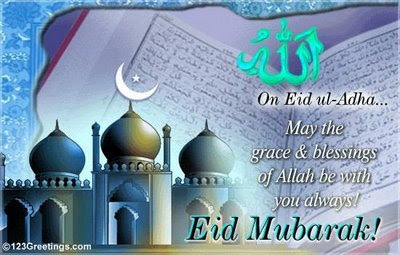 
The colour is really different from the normal Tiger Barb, however the behaviour is the same, nipply, active little fish!

Next I'm going to add another 5 more member, making it 20 in total. Another variety of the Tiger Barb, which is the Albino Tiger Barb! Really pretty too :)


I think I'm going to buy them next week, can't wait! Of course the aquarium isn't complete yet as I still want to do some changes to it.
Stick by ZuwL89 at 7:01 pm No comments: